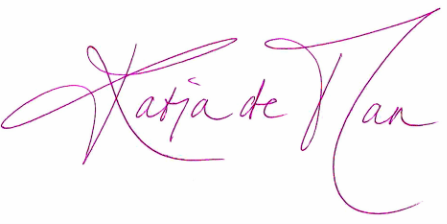 The Light of the World

God has no religion

The Light of the World
-An alternative Christmas story-

The other day I saw a quote saying ‘I never fucking said that’ signed by the three enlightened masters of main world religions on earth: Jesus, Buddha and Mohammed. I imagined that if they would have been able to look at the interpretations and manifestations of their wise lessons, they would have been very disturbed and would have turned themselves over in their graves.

But let’s imagine that instead of laying in a cold and lonely grave, they would sit together around the table enjoying a kosher, vegetarian, halal meal. The candles are burning warmly and it seems like it’s Christmas Eve.
“I never fucking said that” said Jesus when he tried to explain to the others that his devotees would think of him as the Light of the World. Actually, yes, at one time he hád said that he was the Light of the World, but it wasn’t mend to be taken so literally.

Love was his incentive
​
He had spoken about not judging others: the only way for him to release people from the burdens of their sins. Their sins consisted mostly out of human deeds and necessary life lessons. He, himself was judged a thousand times for having such faith in himself and intensively experiencing love as his life-incentive. That surprisingly made him a treat to people who couldn’t experience that for themselves, which eventually even lead to his own death.
But he had also been an example. People had seen in him exactly that what they were longing for so badly: A deep contact with their own life-force. The overwhelming love he could feel for himself reflected the love he could feel for others. That was the Light that could lit up the World.

He took a sip of his glass of red wine, and tried not to think about the Catholic ritual that he was drinking his own blood.

What happened to Love?

With his famous one-liner ‘Treat people the way you want to be treated’ he assumed that people had wanted the best for themselves and that they would acknowledge love, happiness, solidarity, a healthy earth etc. as first needs. He had not thought that the future human race would become so paralyzed by fear of their own power and for everything different, that the way of dealing with each other would be based on suspicion with the illusion to protect themselves. And to make matters worse they would gather their identities based on material possessions. Harming each other was nothing more than a reflection of their own inner emptiness screaming out in pain. Every day he wondered: What happened to Love?

‘That’s what I kept telling people’ Buddha interrupted. ‘If we destroy something outside of us, we destroy ourselves’
Look how nature is being abused, how commodity is being exhausted. Look how animals are being treated like they don’t matter. As if not everything is part of each other. It’s just a matter of time that all greed will turn against us. It’s a universal law that’s better known as Karma. What you will bring into the world, is brought back to you. Every moment we are making choices by the deeds we perform. You cannot underestimate these choices: You are always responsible for the choices you make.

What goes around comes around

If we would be more aware of this, we could create a wonderful future together.

Buddha closed his eyes. The others knew he wasn’t sleeping, but in a meditative state of mind.

‘By expressing that you can never enter paradise unless you are good to one another, until you peacefully whisper ‘Salaam’ (peace be with you) when you encounter each other, my lessons were known as the most peaceful lessons on earth.’ Mohammed said. ‘Never have I said that a Muslim is a superior human being. These were my words: An Arab has no superiority over a non-Arab, a white man not over a black man, a black man not over a white man, unless he’s full of peaceful deeds’

‘I cannot explain why my lessons are being drawn into extremes. Wars are being fought by young boys who think that they are offering themselves as martyrs to reach paradise and that Allah will grant them virgins for such violence. How on earth can they believe that? They are totally and dangerously brainwashed. While I have made it very clear that friendliness is a sign of faith and that by neglecting that, you cannot speak of having faith in me’.

And how the expression Insha’allah is being misused: like people lost their own free will and are not responsible for their actions anymore?! The fanaticism executed in my name tends to get dangerously out of proportion.

My lessons were mend as a foundation for peace and solidarity, now bring along wars and disunity. If I would have known that beforehand, I would have kept my mouth shut.

Buddha opened his eyes again. Everybody went silent for a moment and they all stared into the candlelight.

‘Would you have been a Muslim, if you would have been alive today?’ Buddha asked Mohammed. ‘No’ he said, ‘I was a Master of Peace.’

‘And you a Buddhist?’ Mohammed asked in return  “No’ said Buddha, I was a Master of self-knowledge and awareness.

‘The moment you realize, That when there is no enemy within, the ones outside cannot hurt you, is the moment you start making peace. And inner-peace feels very similar to being in paradise, Mohammed said.

‘The moment you realize that everything showing up on your path is not there to harm you, but to teach you about your true essence, brings awareness. And Wisdom is the realization that your essence reflects the image of God.’ Buddha said.

‘The moment you open your heart and know that all that exists is made out of love, and that you are love, brings us to our highest consciousness’ Jesus said

God has no religion

Together they came to the conclusion that God has no religion and that if we would be able to separate God and religions, we could all arrive at the essence of their teachings from where it would be possible to build a peaceful society.

They held hands.
The light of the World multiplied a thousand times.

A few miles away three queens were walking together. They had heard that a New Time had arrived and they were curious to see that bright New Light that was promised to arrive with it. They went out on a quest. They had walked through valleys, the forest, through jungles and desserts, traveled every inch of an inner-landscape. A landscape that existed mostly out of water. No part was impassible. Every step was faced, no matter how challenging or difficult the path turned out to be. They walked over water just at the moment the three enlightened men held hands. The Light reflected on the water-surface and it appeared as if the water turned into a thousand mirrors. Every ray of light touched every cel of their bodies, souls and spirits. The Light was so bright that it felt like the sun was rising from within.

The message could not have been more fucking clear.